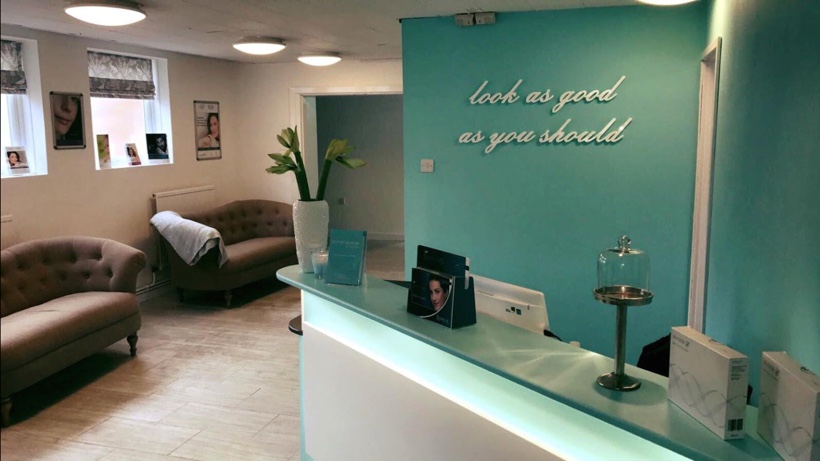 Our aim is to deliver the highest quality care to ensure that you, the patient, get the treatment tailored to your needs.

If you are looking for a non-surgical solution to younger-looking skin then Innersense Aesthetics at Wetherby in Leeds may have the right treatment for you.

We are a team of highly trained Senior Aesthetic Nurses & Therapists based in Yorkshire who practice to the highest standards.

Every patient has different aspirations and expectations which can be discussed at consultation. This will allow you to make an informed, pressure-free choice as to the best way forward for your treatment plan should you wish for treatment to be carried out.

Free on site parking available while you have your appointment 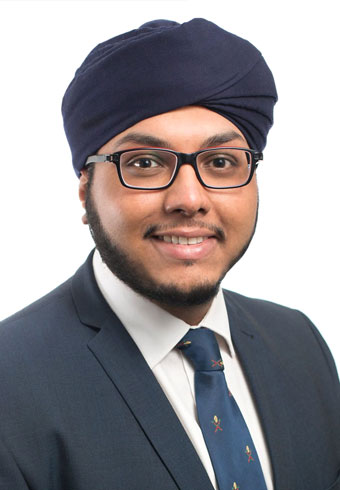 Dr Raj joins Innersense Aesthetics as Medical Director.
Dr Raj Thethi is a experienced Aesthetic Doctor and Medical Aesthetic Trainer. He has a background working in a broad range of surgical jobs in hospitals throughout West Yorkshire. He qualified as a doctor from the University of Leeds in 2013 as well as attaining a First Class Honours BSc degree in Advanced Anatomy. He has a specialist interest in Head & Neck Anatomy. After taking rigorous post-graduate written and practical exams he was made a Full Member of the Royal College of Surgeons of Edinburgh in 2016. He has also completed a highly comprehensive, post graduate, Ofqal recognised, Level 7 accreditation in Injectables in Medical Aesthetics.
He has previously worked as an aesthetic trainer in two large, national training academies and regularly does small group and one to one teaching in facial aesthetics as a mentor and trainer. He believes truly understanding the anatomy and the reason why each injection is made is pivotal to your success in aesthetics and these principles underpin each training session. It is a combination of artistic flare and cold hard science in the right ratio that makes an excellent injector and that’s what you will learn to do. By understanding the principles of advanced facial analysis and being able to apply the tools you learn to get globally soft, subtle and natural transformations for your patients you will become a better injector and ultimately elevate your aesthetic practice. 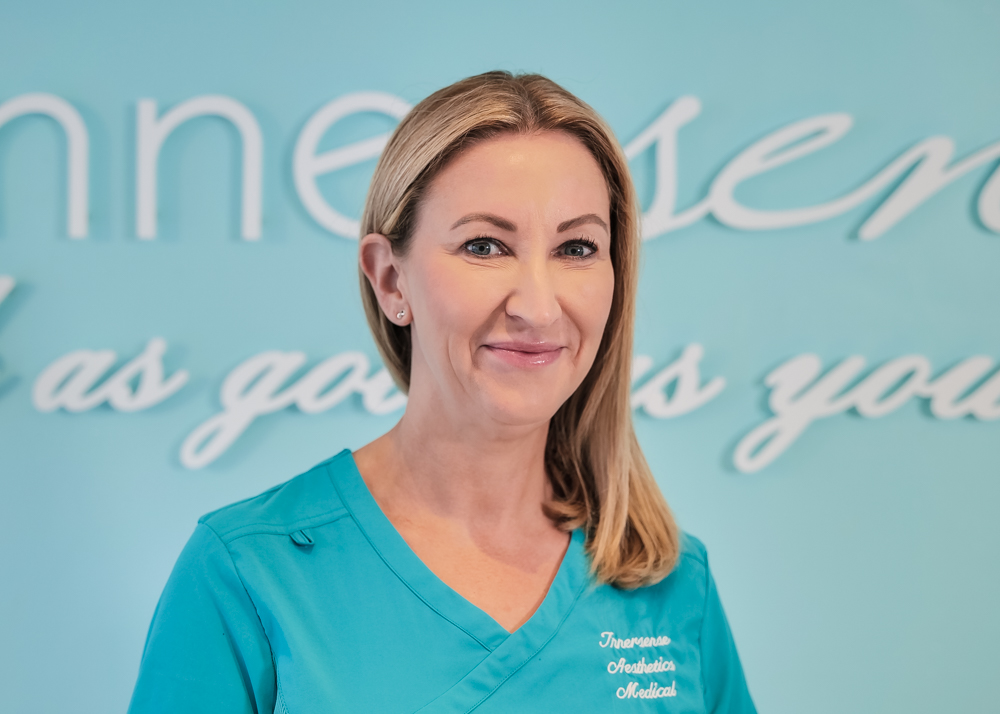 Lee graduated as a Registered Nurse in 1994 gaining a BSc(Hons) 2:1 in Nursing Studies at Manchester University and worked for most of her career in Paediatrics in Manchester and Great Ormand Street. A change in career paths saw Lee train in aesthetics in 2010 and to this day continues to attend regular courses, masterclasses and has had an article published in the Aesthetic Medical Journal. Lee further qualified as a Nurse Independent Prescriber from Bradford University and became a full time Aesthetic Nurse in 2011. Lee is the owner and managing director of Innersense Aesthetics. 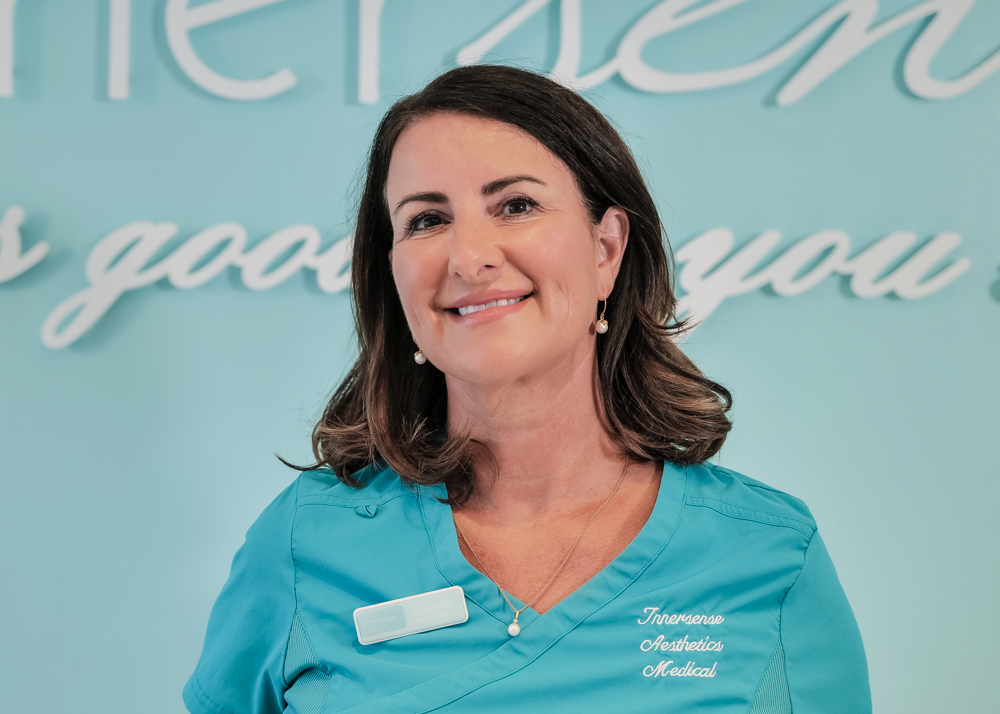 Lorraine is joint owner of Innersense Aesthetics. Qualified as a Registered General Nurse in 1984, working mainly in intensive care as a staff nurse and A & E. Lorraine went to Leeds university in 1997 to gain her children’s nursing qualification, working as a sister on children’s ICU and before retiring from the NHS Lorraine’s last post was as a nurse specialist in Cystic Fibrosis. Lorraine commenced aesthetic training in 2010 and now works full time as company director of Innersense Aesthetics. 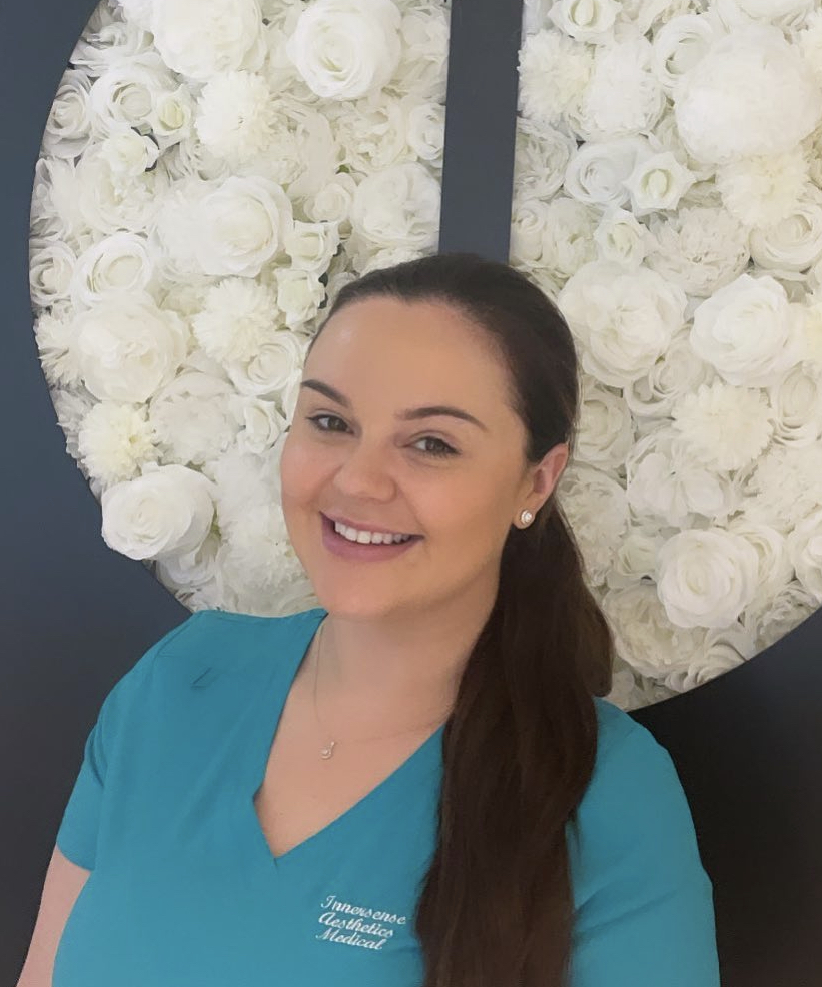 Josie graduated from the University of Leeds in 2015 with a BSc (Hons) degree 2:1 in Medical Sciences and she then went on to complete a MSc in Adult Nursing. After qualifying as a registered nurse she worked as an A&E nurse at Leeds General Infirmary and St James’ Hospital in Leeds. Alongside this, she specialised in Aesthetics and Skincare training at the Skinviva Training Academy in Manchester, where she then transitioned to a full time role in Medical Aesthetics. Josie has continued to grow since then attending different training courses and specialising in more advanced treatments. Recently Josie has also added to her qualifications by becoming an Independent Nurse Prescriber at Bradford University.

Josie specialises in the popular Deso Fat Dissolving injections and HarmonyCA Hybrid Injectable.
Josie works in our Wetherby clinic every Friday and one Wednesday a month.

She started her career in 2011 and has since grown to be an Advanced Beauty Therapist. Georgina is a great believer in ‘you can never stop learning and developing your skills.’ The future in the Beauty industry fascinates her as technology and more scientific development comes into the industry giving us fantastic treatment results that keep us looking as good as we should!
Georgina is really looking forward to continuing her career with a great team here at Innersense Aesthetics.
Georgina specialises in Morpheus8, CACI nonsurgical Face Lift, Lumecca Skin Rejuvenation, Medical Needling, & Electrolysis. Georgina also provides advanced electrolysis treatments to remove skin tags and thread veins as well as hair removal. 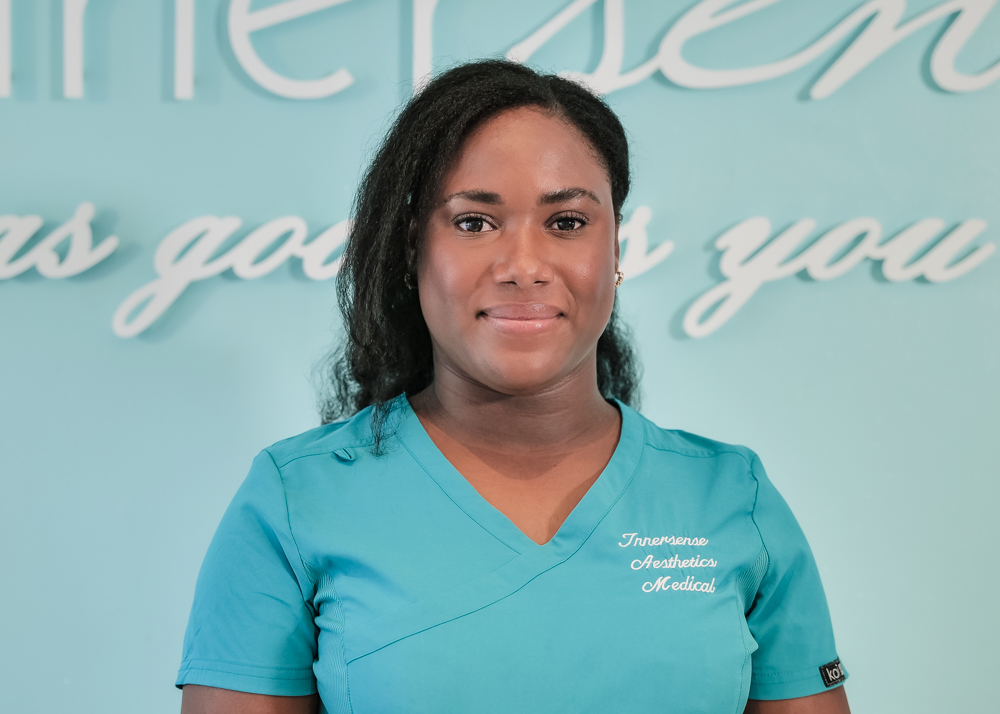 Shanice has been learning and developing her skills for 6 years.
Shanice’s passion lies within client satisfaction and giving the best results to her clients. Shanice offers our full range of treatments. Including HydraFacial, Morpheus8, Lumecca & Brow Lamination and Lash Lifts.
Shanice works in our Wetherby clinic Tuesday – Saturday 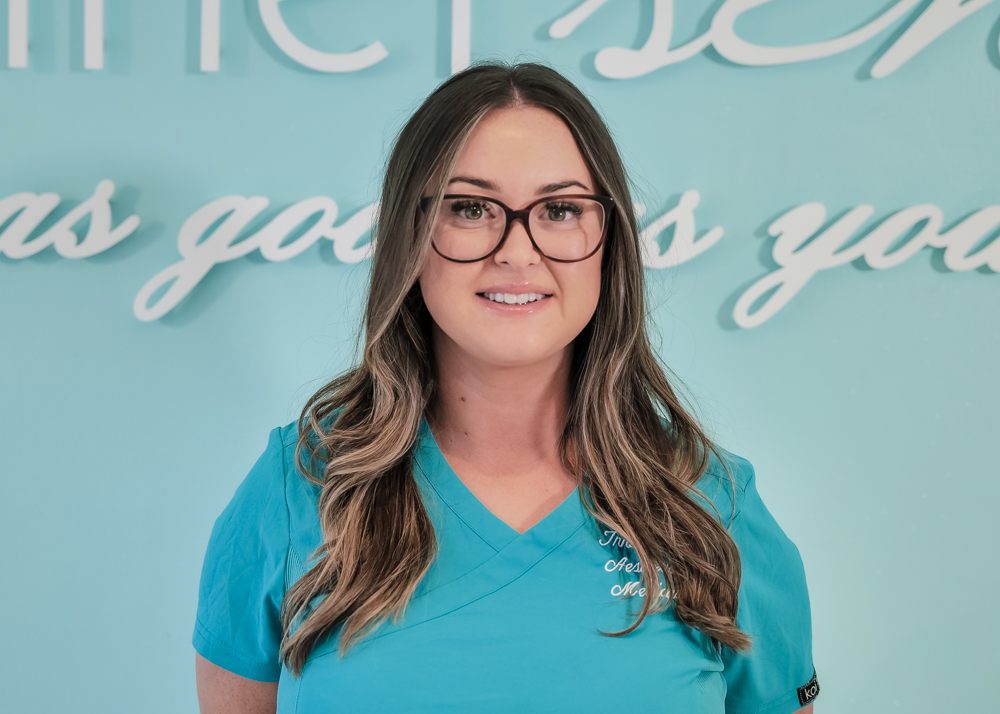 Sami has over 10 years experience in the beauty and skincare industry and loves helping clients achieve their best skin yet! Sami holds a real passion for the aesthetic industry and as one of our Senior Aesthetic Therapists she will be offering advanced treatments such as HydraFacial, Morpheus8, EDs Microneedling, Endymed RF, CACI and Medical Grade Peels.
Sami works in Wetherby every Friday. 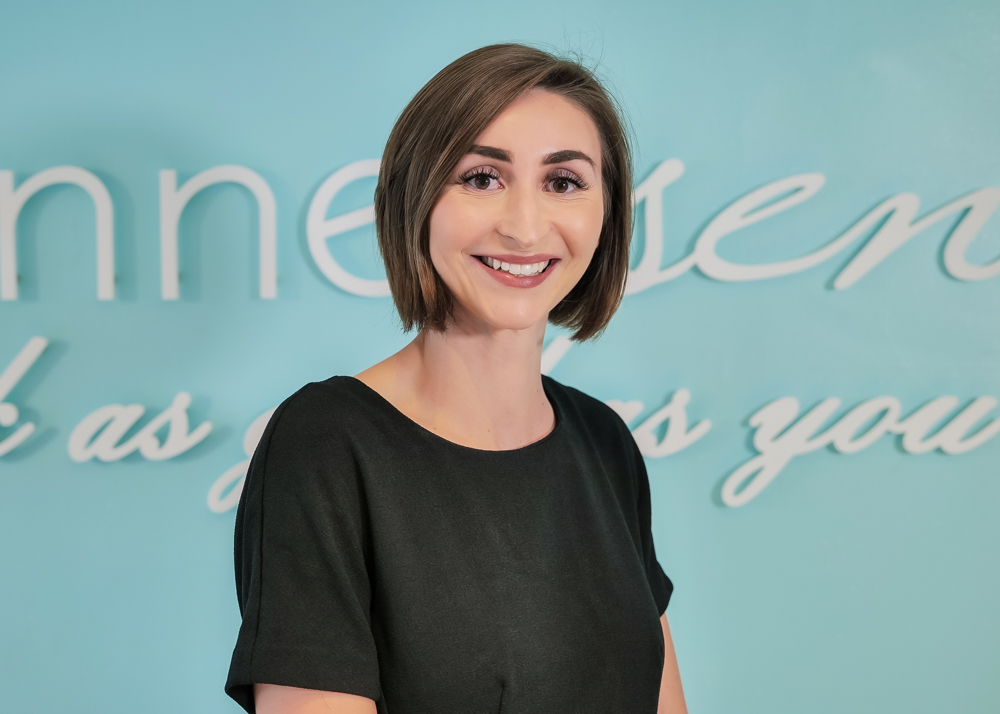 Beth is our operations coordinator for both the York and Wetherby clinic and holds a wealth of knowledge in the beauty and aesthetic industry. Beth has extensive knowledge on all our treatments and products that we have within the clinic. Beth will manage clinic diaries, ensuring all clients are looked after when visiting Innersense Aesthetics. Beth has extensive knowledge of both GoCardless and Klarna so will look after all clients with any questions they have regarding our finance options. 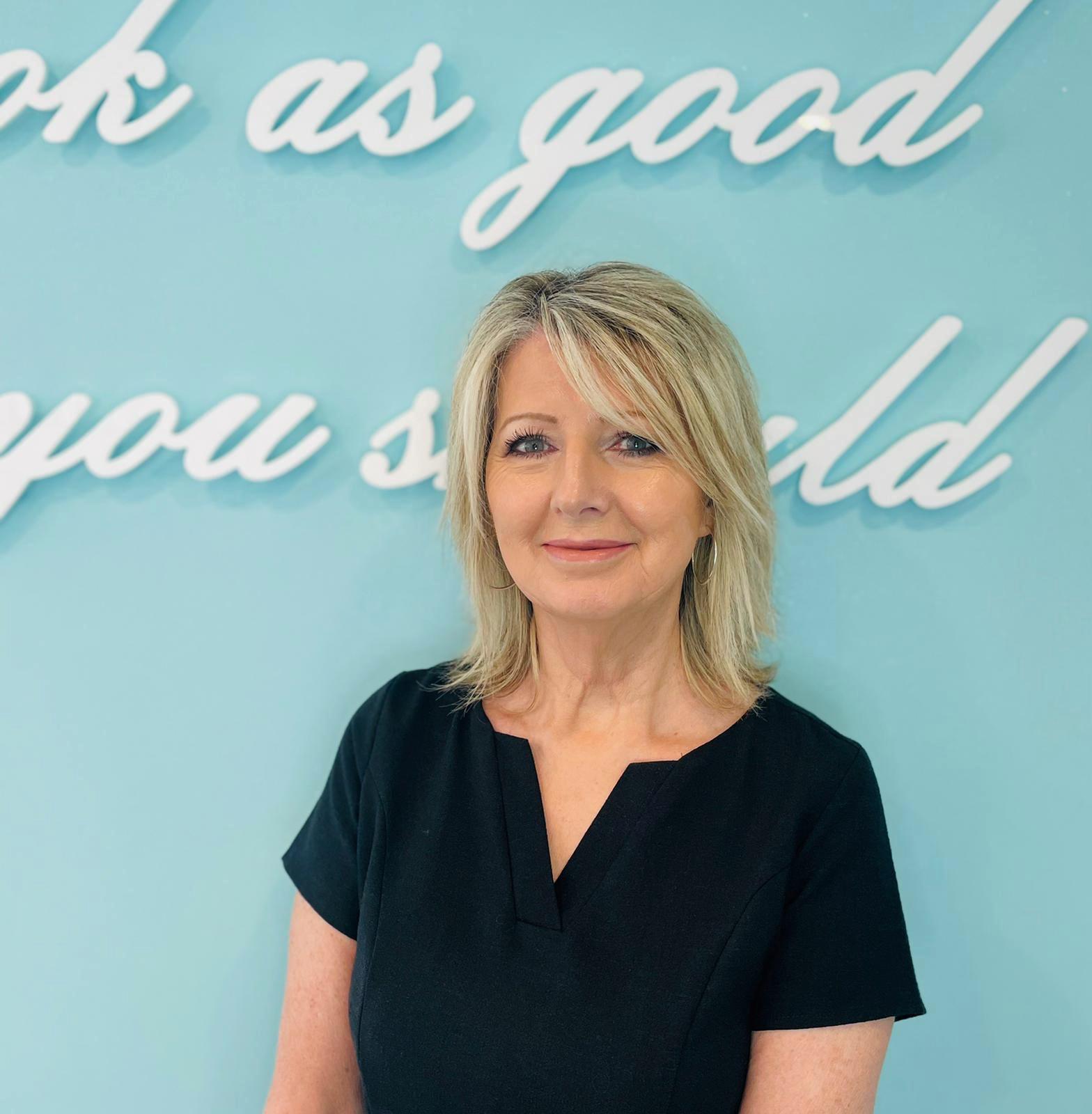 Jan is our Patient Coordinator here at Innersense Aesthetics Wetherby. Jan will be your first point of contact when you arrive to the clinic or when you phone the clinic to book an appointment. Jan will answer any questions you may have while giving you exceptional customer service.